The Big Amsterdam bike map is bigger than Amsterdam!

From Monday 15 July onwards, the paper version of the Big Amsterdam bicycle map will be available at more than 150 hotels, tourist information points, hotspots & Union Dealers. 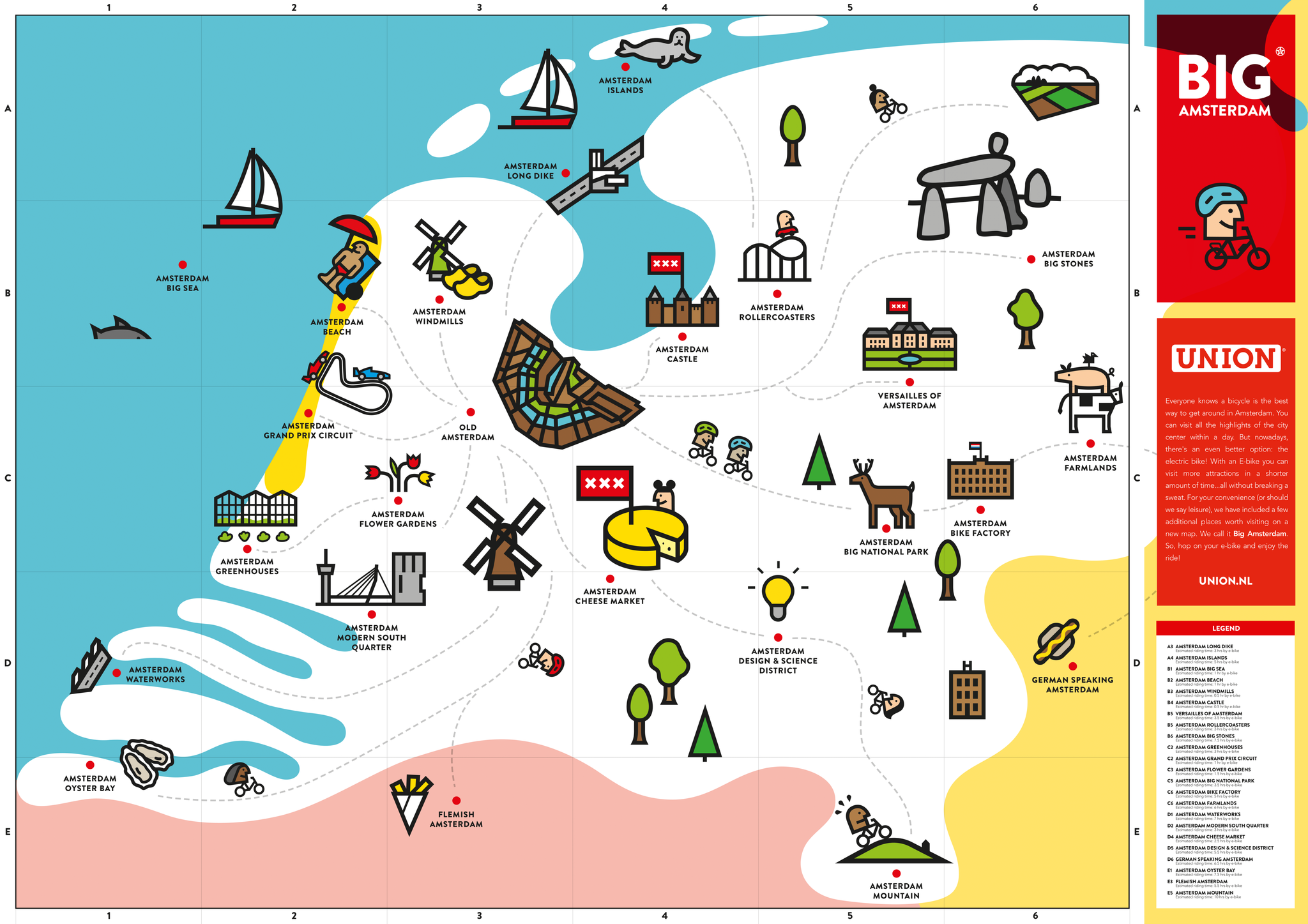 Have a look around and you will see that Dutchies love bicycles. Rightfully so, because cycling is fun and you will find lots of Holland’s hotspots within arm’s reach. And riding on an e-bike, you will feel like a true king of the cycling road, breezing along the best Holland has to offer. This cycling map of ‘Big Amsterdam’ shows you exactly that: the most fun places to ride to on your e-bike.

This map of Big Amsterdam is actually an e-bike map of Holland. As you can see, everything’s within pedaling reach. You can zip to Amsterdam Beach within the hour, and a morning’s ride will take you to the wild deer in the Amsterdam Big National Park. The legend at the bottom right tells you exactly how long you need to pedal to reach a destination. And when we say pedal, it’s really just moving your legs, because the motor will do most of the work for you. You don’t really have to do anything, besides enjoying the scenery.

And it gets even better. Because while all those Dutchies are working up a sweat riding their normal bikes, you easily overtake them like a true Max Verstappen. A ride to the famous Oyster Bay in the southwest of Big Amsterdam becomes a race that you will win effortlessly. Afraid of headwind? Not to worry, because thanks to your e-bike, you will always have the wind in your back. 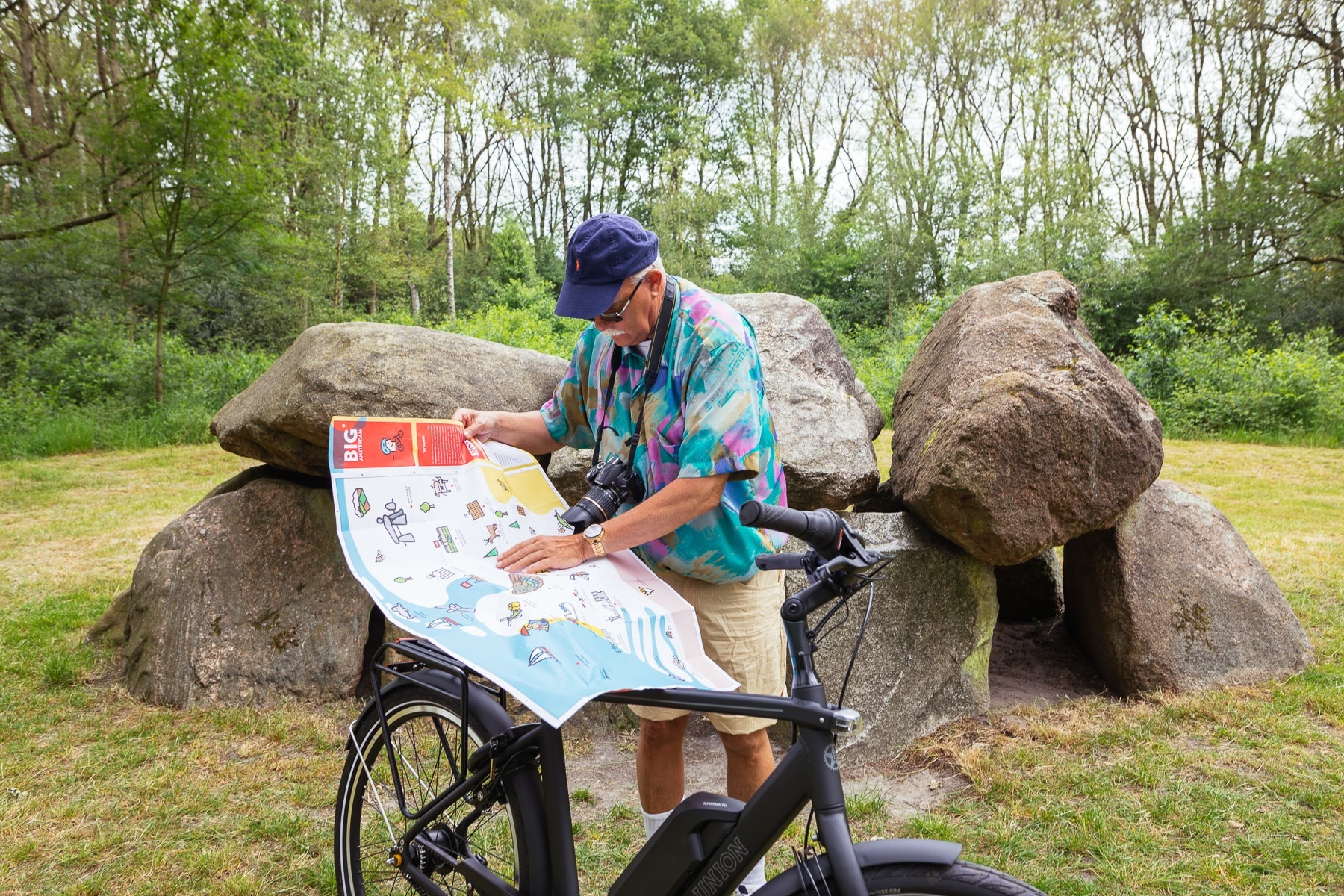 Do you want to discover Big Amsterdam on an E-bike by yourself? You can easily rent an Union E-Bike at NL Tweewielers and Amsterdam Bicycle Store. So what are you still waiting for? Hop on your Union e-bike and explore Big Amsterdam. We’ll see you at the Cheese Market in about 3 hours.